Home → Blog → How To Get Better At Learning (And Levelling Up)

How To Get Better At Learning (And Levelling Up)

NOTE: This is the web-version of an email I sent.

I started writing this email last week but didn’t manage to finish it on time for (last) Friday.

A week late, but as promised, here it is.

It’s a little polarizing; in the sense that it could be an uncomfortable read.

Hope you see the value.

You’re on my email list because you have (or had) a desire to LEARN something (from yours truly).

But what does “learn” mean to you; as in, the act of learning something?

It’s not a trick question.

That said, pretty sure if I had to ask 100 people what they think “to learn” means, their responses would vary as much as their political viewpoints.

Take a second to think about it from your perspective.

The dictionary says: gain or acquire knowledge of or skill in (something) by study, experience, or being taught.

But even this “official” meaning doesn’t get to the heart of what “learn” really means. (“Experience” was close, but still misses the essence.)

I first heard Wyatt Woodsmall — an expert in behavioral and learning modeling — describe what learning meant many years ago.

Until then I hadn’t internalized learning in this way.

UNLESS you , there is no learning.

That knowledge is just “potential power.”

There is a vast chasm of difference between learning through PRACTICED EXECUTION and just gathering more knowledge “for later.”

To Learn = To Change.

If no CHANGE happens then, no “learning” has occurred.

Maybe it’s a perspective you hadn’t considered before (like with me).

I’ll pull on the thread a little more…

Let’s say you know nothing about FB ads, so you buy a product.

You dive in and tear through the 10 hours of training (hypothetically).

You whoop and holla and nod your head at all the fantastic info.

But, two weeks later you’ve still done nothing with the info.

And then, a year later, still zip.

But the info was AMAZING, you keep telling yourself. I learnt so much. I know how to crush FB ads, you tell whoever will listen.

Because there was no behavior change.

You already know … let’s say … email marketing, because you send emails (it’s something you already do; hypothetically, again).

Let’s say that 95% of the emails you send are broadcast emails, and writing new emails every day or week has become a pain in the butt (the process doesn’t “float your boat” anymore).

So you’ve decided to get more strategic (excellent!).

You know other people have better systems, and you want to learn how to make the shift (perfect!).

So you invest in an email course. AutoResponder Madness (hey, it’s my newsletter so I can be biased), or something else. Whatever. Doesn’t matter in this example.

You go through it.

You “learn” (or rather, at first, discover) a handful of new strategic ideas (great!).

They make sense in your head (awesome!).

You can see yourself doing them (brilliant!).

Now … at this point you’ve still learned nothing. No change has happened yet, remember.

You’ve only discovered something new. Which is different from learning.

Learning is hard because it requires you to change your current behavior (in this example, to stop sending the bulk of your emails as broadcasts).

Or to stop doing something, and replace it with something better.

But this is still hard.

Because changing means starting from zero. From a place of vulnerability (I may f*ck this up!).

Adding little open loops and cliffhangers to the emails you already send (to increase tension and anticipation), can open up a whole can of cognitive worms.

The Joint Chiefs of Staff in your head scream at you, “Dude, stick to what you know! You’ll f*ck it up, and you’ll get hate mail and unsubscribes!”

Still, no learning has happened.

But you remember reading this email from André saying that change needs to happen.

So you mute the voices in your head and write your first email that creates tension for your readers through an open loop and a bit of storytelling.

The act doesn’t kill you.

You don’t get 500 unsubscribes.

In fact, you get eleven “love that email bro!” emails.

So you do it again.

You get better at it.

Until it’s part of your process. Almost automatic.

And CONGRATS, you’ve now learned something, slugger. You have a new skill in your quiver that’s based on experience.

But I don’t think so.

We all think we know more than we do (cos we hide behind the protection of our cognitive biases).

We buy too many courses and products.

Most don’t get consumed.

And those that do (the rare few), still don’t elicit any behavior change.

You may have told yourself a BS story that you’ve just learned something new (for later), but it’s a lie.

No change means no learning.

Because learning is f*cking hard.

It comes packed with tension and resistance and mental pain and creative excuses not to change.

If you’re serious about getting better results, embracing change is a requirement.

The most successful people in the world, no matter the industry, EMBRACE change.

They SEEK it out (shocker!).

I’m not done yet.

Still more thread to pull on.

So let’s go a little deeper.

Over the past year, I’ve been through an interesting journey (intentionally), that has resulted in a lot of change (business and life).

Change that required deep seeded beliefs to be shifted.

But God, has it been worth it.

But it’s maybe the most rewarding thing in the world if growth and progression is something you seek out.

To really level the f*ck up, your core beliefs will almost certainly need changing.

Your worldview will need to shift; be nudged so that your perspective — your lens on the world — changes.

Which is always going to be hard.

So how do you do this?

Firstly, know that confirmation bias (the tendency to seek out evidence that confirms your existing beliefs or theories) is not helpful. 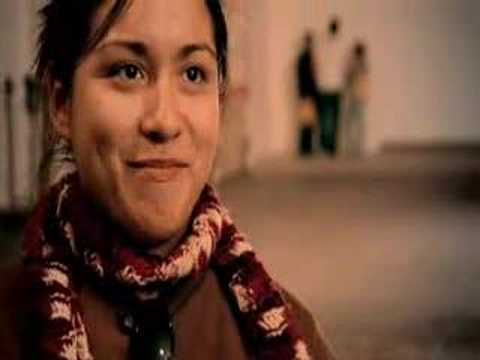 It keeps your thinking and your behavior stuck in a rut.

It’s difficult to learn and embrace new things when you’re only seeking out evidence that confirms what you already believe and *think* you know.

That’s kinda sad. Yet we all do it.

Here’s a frame you can adopt which will help you to experience new opportunities.

Tell yourself you’re going to LEAN INTO CHANGE.

And here’s how you can do that:

If you believe one thing, seek out the opposing viewpoint, then embrace (consider) that for two days.

If you’re trying to solve a problem, approach the problem from a radically different perspective.

It seems obvious now, but until Airbnb “invented” the renting of short-term lodging, it wasn’t obvious.

The only choice was a hotel.

It’s easy to get stuck in one’s own dogma. We all do it.

Make it a habit to expand your domain knowledge by seeking out new hobbies and lateral interests.

“In my whole life, I have known no wise people (over a broad subject matter area) who didn’t read all the time – none. Zero.”
— Charlie Munger, Self-made billionaire & Warren Buffett’s longtime business partner.

What can you learn from the people you “hate” the most? (Now that’s scary shit, right?)

Reading and watching and listening to gather more info, isn’t enough; you have to intentionally apply this knowledge (requires change).

Derek Sivers has a great saying:

“If more information were the answer, we’d all be billionaires with 6 pack abs.”

Recently I listened to two separate interviews (oh the irony; more info) that tackled elements of this from different perspectives.

If you’re interested in diving a little deeper into how you can embrace change, I would recommend you consume them both.

You’ll be better for it.

It’ll be two and a bit hours that are an investment in yourself.

Sure, it’ll be uncomfortable.

But that’s the whole point.

Remember: the trick is to lean into change, not avoid it. Not seek out confirmation (bias) because it’s safe. It’s not.

Here are the two resources:

1.) Getting Better by Being Wrong: My Conversation with Poker Pro Annie Duke:

I’ve already listened to this interview twice. It’s that good.

I then purchased Annie’s new book, Thinking in Bets (which I’ve only just started reading).

The premise of the book — would your belief (point of view) in something stand up to the question, “Wanna bet?”

Maybe you dig your heals in and say, “Well of course!”

When you make it a habit of seeking out opposing viewpoints, you unlock your ability (willingness) to seek the best information instead of just defending your belief.

Now OBJECTIVE ACCURACY WINS instead of argument and dogma. 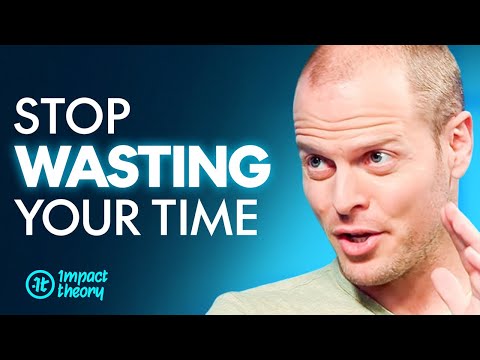 Have an amazing weekend!

A little over a year ago the wifey and I joined the local gun club to take up olympic 10 meter air pistol shooting as a new hobby (to see if we could “master” a new skill in our 40s).

Below is a image from a few weeks ago: 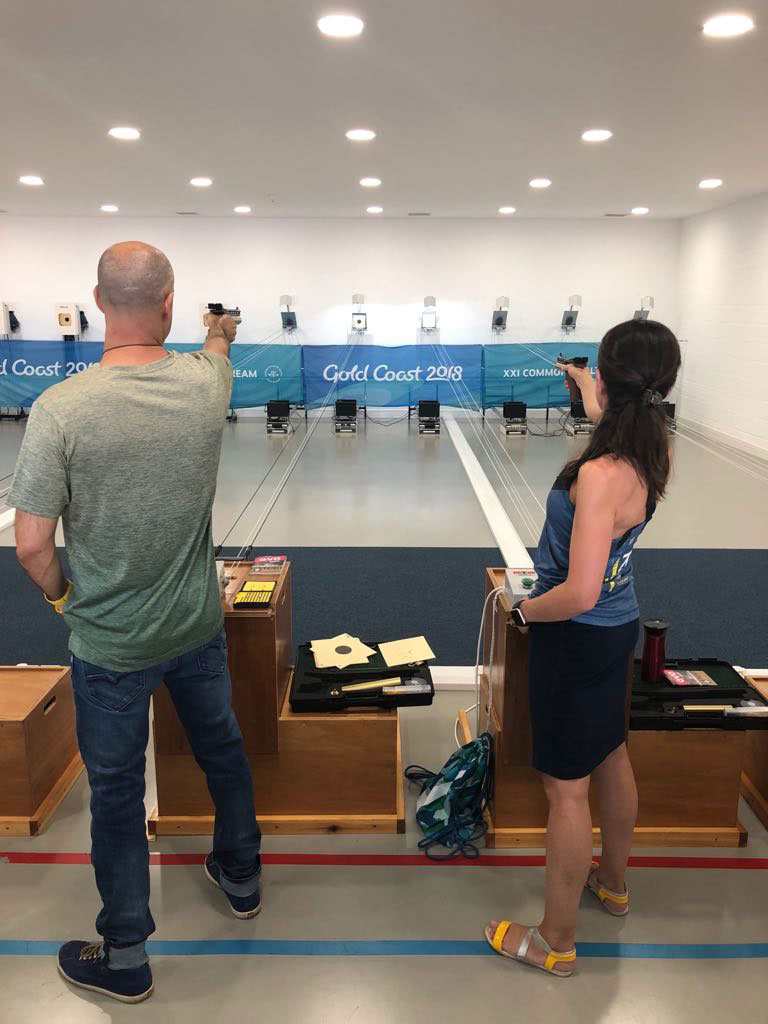 As you can see in the image, the target is small.

The target is so small in fact that you don’t aim at the “bullseye” (which is invisible anyway; it’s the size of a pellet).

It was counterintuitive to be told that we had to aim BELOW the target (the big black circle).

Amateurs aim by closing their non-dominant eye (my left eye). But later on, having both eyes open is better.

Making that change was very hard.

It required training our eye muscles to focus on a single point (the front sight); which is harder than it sounds.

(Because we all have a dominant eye, it tries to arm wrestle the focus from the non-dominant eye; the result – we see two sights, which is very weird.)

It was easy to default back to one eye aiming.

Which we both kept doing.

Eventually, shooting with both eyes open became easier and easier (although still not easy yet).

It probably took me around 500 shots fired over three weeks.

But now, we’re better shooters for this change.

We learned a new skill.

To learn = To change.

Email me in a month and tell me what new skill you’ve learned since reading this email. I would love to know.