Hillary Weiss recently posted an article on Medium titled: 8 observations from a crumbling niche – and how to avoid getting crushed.

I don’t know Hillary personally. But I wish I did, because what she wrote was pretty badass. She articulated the state of the industry more succinctly than I ever could.

“Deep within my chosen industry a massive change earthquake is underway. As we weave nimbly between clients, projects, and launches, we watch the trends, systems, and strategies come and go like seasons, and we watch the mighty rise … and the mighty fall.”

Hillary then goes on to say:

“It’s impacting a number of once-heavy-hitters in the space  —  industry giants who, coincidentally, are watching their businesses tank while continuing to teach business and branding to the unsuspecting masses.”

I would suggest you read her article before you continue. It’s a great read; it’s pretty accurate, and it’ll give you some contextual “color” for the rest of this page.

There is shit hidden under the carpet — never spoken about out in the open (for a good reason) — and I’m going to expose you to some of that now.

They require a ton of work.

They need an ever growing team to pull off all the moving parts.

A few years ago a product launch could be effectively executed by one person. Like John Reese back in 2004 with Traffic Secrets.

That was before everyone and their mother jumped on the launch bandwagon and saturated the market with their $2K commoditized product launches, peddling them like candy at a baby shower.

They greedily gorged on the teats of the golden launch cow, until the responsiveness of the market tanked under the weight.

But instead of stopping, or pivoting towards a more value-first customer-centric approach, they just threw more “launch tactics” at the problem.

Surveys and quizzes, complexed front-end segmentation funnels, retargeting out the wazoo, 10s of 1000s on FB ads, live chat, multiple merchant accounts to rotate through, phone call-in desks to process “failed orders,” and email automation that required a rocket scientist to set up.

Make no mistake, pulling off a “successful” launch now COSTS A LOT. In time, labor, stress, money and opportunity cost.

I “air quoted” successful because it’s relative. It’s perceived. This is the part few ever hear about.

We hear about the sexy “vanity metrics” stories bandied like status symbols. But those numbers are BS. They tell none of the real stories.

Let’s look at what a typical product launch looks like when the vanity metrics have been peeled back to reveal the shitstorm underneath: 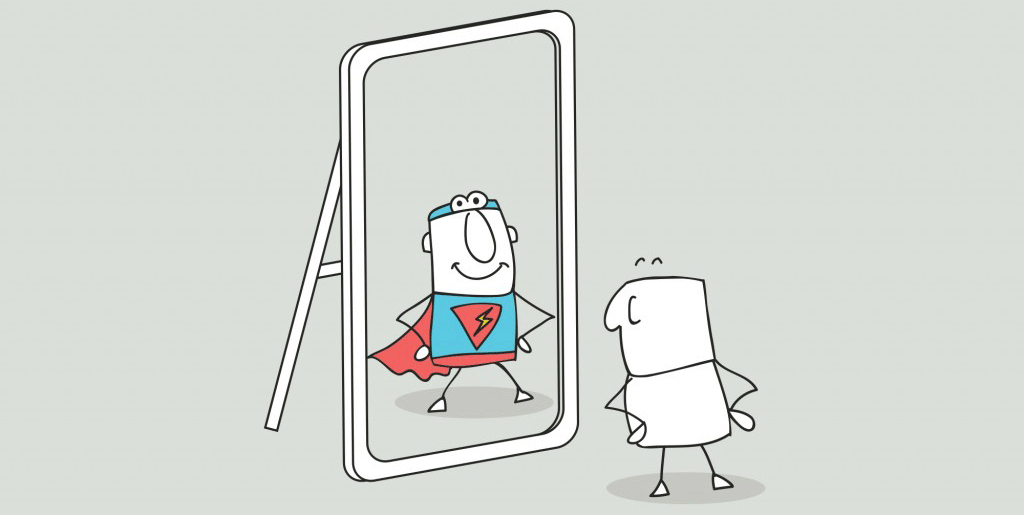 Speak to any product launch marketer who has run a “successful” (there are those air quotes again) product launch, and they’ll probably be happy to cite their gross sales:

That’s called a vanity metric, sunshine. And it never tells the whole story. Ever. It’s never the NET money-in-the-pocket left at the end of the story.

For the record, I’ve not pulled these numbers from “where the sun don’t shine.” I’ve run this by two “launch managers” who have worked for some of the biggest players in our space for the past decade. I’ve also used very conservative numbers to represent the “typical” launch scenario.

But now let’s break down the ACTUAL numbers after costs.

Next comes the affiliate (JV partner) commission payout of 50%. That’s $440K. A decent JV Manager can run up to 25% after refunds and affiliate commission (excluding retainer). I’ll use 15%. That’s $66K (minus the retainer).

Then to attract JV partners with enough clout to make a “7 figure” launch a reality, a $100K price bounty would be an absolute MINIMUM. For big launches, price bounties can run up to $250K. I’ll use $100K here.

Then there are the “front-end planning costs.” Stuff like paid advertising (FB ads and retargeting). There’s the JV manager retainer (if one was negotiated for a lower backend %). There’s copywriter costs ($30K – $50K + % of gross is typical).

There are video fees ($30K – $50K is typical, too). Project Manager, Launch Architect (I was quoted $90K in 2017 when I enquired about potentially hiring someone for an evergreen launch). There’s the Graphic Designer. And there’s, of course, payroll expenses during the 4-6 months of work and planning.

(Remember, these are very conservative numbers.)

For example: just increasing the JV manager’s percentage from 15% to 20%, and the refund rate from 20% to 25%, pushes all the economics into the RED. Like – the whole event loses money.

(Welcome to the real world, tiger!)

What’s more, this is also not factoring in the opportunity cost post-launch.

Like list burnout from 3-4 weeks of constant promotion, and the months of planning, and the stress of working 16 hour days during the two weeks of “go live” craziness.

All of this comes with a real human cost.

The 99% who didn’t buy has a cost (their attention). And then there’s the elephant in the room; the growing refund rates on the backend (30 to 50% on high-ticket launches is sadly typical).

I’ve already seen well known influencers now abandoning this craziness. I’m friends with some of them. And recently one told me on a call:

“Dude, no more! We’ve just done our last one. We’re out. We’re moving to evergreen and internal launches only now.”

Each year on my birthday (March 7) we do a little special promo for one of our products. In 2017 we decided to pilot open the doors to SOI (Sphere of Influence) for one-day only.

There was zero fanfare. I had only decided to allow a small cohort of people in to see an early release of SOI a few days before. So there was no early heads-up to our email list because I hadn’t planned anything.

I wrote four emails, wrote some sales copy, then put everything on autopilot, and let people know that I planned to open up access to SOI on March 7th for 24 hours:

The two affiliates were friends who wanted in on this, otherwise I wasn’t planning on having any partners promote.

There were also about 20 people who I allowed in after the 24-hour window because they had a valid reason for not being able to purchase on March 7th. So the numbers above are low-balling the actual results by six or seven grand.

During the entire promo I was out and about Gibraltar, as my mom was over from the UK, so we wanted to show her around.

Sure, $60K isn’t a ton of money for a 24-hour promo, but it was completely automated and stress-free.

As I said, I wasn’t even home. I probably spent three hours total on writing the emails and web-copy, and setting up the marketing automation.

Here’s the perspective that’s important though:

My three hours of invested time for the birthday promo made roughly as much (and probably more in many cases) as a typical crazy-nuts super-stressful million dollar product launch with planning out the wazoo and months of invested time and attention.

I can run many of these little evergreen promos throughout the year, whereas a bigass product launch is constrained to once (or twice, max) a year.

I don’t burn my list to shit each time I run one of these. In fact the opposite happens (but more about why this is later).

Which would you rather have? 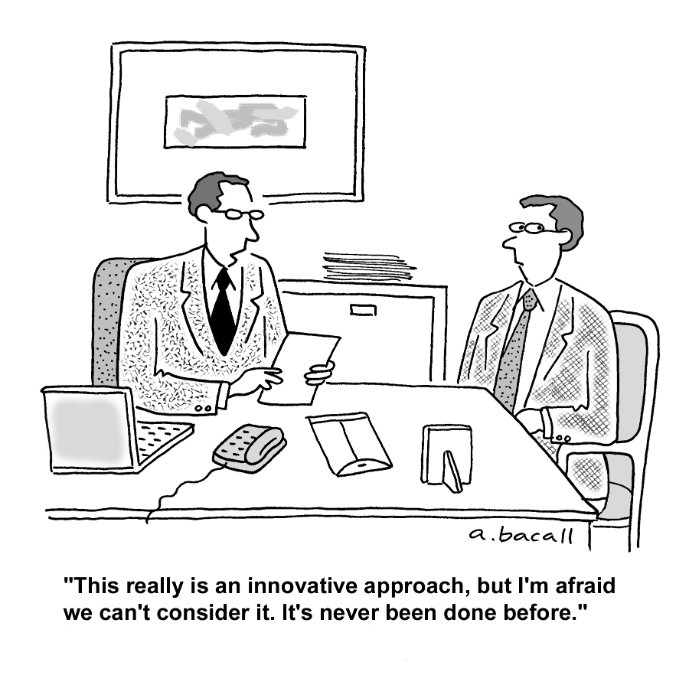 Leave the status quo to run their launches and treat the engine of their businesses as a commodity, and then do the opposite.

Instead of, “let’s get paid first, then we’ll deliver value (the product),” what about flipping that thinking on its head?

Towards more authenticity and transparency and customer-centric value-first preeminence, underpinned by evergreen “give a shit” marketing.

And BEFORE the prospect is coerced and arm wrestled for their credit card to take on yet more debt in exchange for a promise of value down the pike.

I’ve been doing the “value first” thing to the best of my abilities since around 2005 after being exposed to something that completely shifted my mindset and behavior.

I got lucky maybe.

So I want to share what I found with you now. The rest of this letter is about how you can do the opposite and thrive as a result.

Because what I discovered back in 2004/5, completely shifted how I approach business.

It changed everything. And perhaps it can help you, too.

PLF is fundamentally flawed because it’s a persuasion-based tool. It’s a very transactional approach, and you never “keep the gains” regarding goodwill with your list and audience.

It leaves everyone (owners, their teams, and their list) exhausted. It places a premium on those aspects of an offer that were never designed to CHANGE someone’s mind and buy.

All great tactics for selling when you are dealing with a population which was already considering or just needed a reason to buy something now that they had already felt was right for them.

But when you take a list of 100s of thousands and try and shoe-horn all of them into a single product, there is no way it’s ever going to be a good fit for many of them (at that time).

Promoters squeeze the greed gland of their list, put incredible pressure on them to act now, press their prospects FOMO button and leave everyone exhausted in the process.

The attention and gain of persuasion are short-lived. Here today – gone tomorrow. And later a lot of work is required on the backend to build bridges back up, and earn back goodwill.

Influence, on the other hand, is based more on a long-term agreement, where the prospect is lead to a point (through earning trust and attention) where they literally hand over their opinion to you to form for them. Influence is earned. And once earned, has a very long half-life.