“You never change things by fighting the existing reality. To change something, build a new model that makes the existing model obsolete.” — R. Buckminster Fuller

When his phone rang at 5:00 a.m. on October 1, 2018, James ignored it. Thirty minutes later his son called and, recognizing the phone number, he answered it.

Both calls came from the Karolinska Institute in Sweden. That's the organization that chooses recipients for the Nobel Prize in Physiology or Medicine.

Australian Barry Marshall and his long-time collaborator Robin Warren were awarded the prize in 2005. James Allison, a blues harmonica playing Texan, shared the prize with Tasuku Honjo in 2018.

Hungarian-American Katalin (Kati) Kariko hasn't been called yet. It's impossible to know if she ever will. For now, she'll just have to be satisfied knowing she helped save tens of millions of lives.

James, Barry, and Kati all have something in common. Each challenged conventional wisdom in their respective fields. Each saw something others didn't.

And each endured decades of ridicule from their peers as a result. They were heretics, operating at the fringes, toiling away in obscurity.

Conventional wisdom is a funny thing. Most of the time it keeps us out of trouble. But sometimes it makes us blind to possibility.

Email marketing hasn't been around for very long, but it still has plenty of established ‘wisdom.' Most of those ideas were inherited from old-school ‘Mad Men' like Claude Hopkins, Eugene Schwartz, and David Ogilvy.

Buy, buy, buy, now, now, now is the all-too-common refrain. Grab your audience's attention and do whatever it takes to “get 'em on your list” and make the sale as fast as possible.

Big idea-driven curiosity, over-the-top ‘ethical bribes,' false urgency, and a dizzying array of upsells, downsells, cross-sells — whatever it takes as long as you sell, sell, sell…

And let's be honest right up front — in the right markets, with the right offers, the right audiences, and the right resources, this approach can and does work.

If you've been in the boardrooms and around the water coolers of the biggest names in direct response marketing you'll know they're scared. The world is changing and their tried-and-true playbook of tactics is crumbling before their eyes.

On the surface, it's sunshine and unicorns. But, behind the scenes, it's common knowledge that the sun is setting on high-pressure, hard-sell tactics.

Change, and the new normal that comes with it, takes no prisoners.

The U.S. Federal Trade Commission (FTC) has already shut down some of the worst offenders — plenty of 8-9 figure businesses disappeared as a result. Hundreds of millions of dollars in sales and thousands of employees gone — poof — overnight.

And big tech companies like Apple and Google are rewriting their rules, focusing on privacy and protecting their customers' experiences (and their inboxes).

But, hard-sell tactics and unethical marketing aren't the real problem.

The real problem is that conventional wisdom in our little corner of the universe says that these hard-sell tactics are the only way to succeed online.

After more than four decades of combined experience with our own projects and working with hundreds of clients, we know that's just not true.

In fact, most of the time, those hard-sell tactics are counter-productive.

They're often the result of something called the Law of the Instrument — better known by the phrase: “To a person with a hammer, everything looks like a nail.”

What are we supposed to do instead?

But, before we do that, we need to show you where we are and point the way to where we're going. Let's start by looking at a 10,000′ view of email marketing's so-called conventional wisdom.

It all begins with an assumption (usually left unsaid) — that's some variation of “I have to act FAST or people won't buy and I'll lose that opportunity FOREVER.”

Third, maximize customer value! Upsells, one-time offers, cross-sells, forced continuity — and, if that doesn't work, maybe a downsell to put some money in the bank.

Then, once they're on your list, run them through your “email gauntlet” of back-end and affiliate offers to squeeze every last drop of value from your new customers as quickly as possible.

Sure, this churn and burn approach is hard work.

To keep the party going we have to add names to the list faster than we're losing them. But that's the business we're in — gotta scale bro, right?

Here's the problem with conventional wisdom (and this is the secret we mentioned before) — it's a house of cards that's built on a lie.

If you believe that you have to act fast or people won't buy, the churn and burn email marketing philosophy makes perfect sense. But here's the thing — most people who buy eventually WON'T buy quickly.

Let's look at the numbers.

Legendary marketer Dean Jackson has analyzed his customers' extensive data and found that only 15% of people who buy within two years make a purchase in the first 90 days.

That means there's FOUR TIMES THE OPPORTUNITY waiting for you after three months — if, and only IF, you don't screw it up.

Let that sink in for a moment … it's (very, very, very) important.

If you're starting to feel a dull ache in the back of your brain (or the pit of your stomach), we get it. Once you see reality, it's hard not to be affected by it.

The problem we've been told we need to solve isn't really the problem. That, by itself, is hard to handle.

The bigger issue is that the choices we're making based on what we think the problem is actually make the situation worse!

Let's unpack this idea and see where it leads…

We think the problem we're trying to solve with email marketing is that we have to act fast or we'll lose an opportunity to get a customer.

If we believe that, we do our best to grab our audience's attention as quickly as possible, we do what it takes to get a sale as fast as possible, and we pull out every trick in the book to maximize short-term customer value.

Then we run those customers through a never-ending series of offers until they stop paying attention actively (unsubscribes, refunds) or passively (ignoring our emails).

However, the problem we're trying to solve in this scenario isn't the real issue.

The overwhelming majority of our customers won't buy from us in the first 90 days no matter what we do.

And, here's the worst part — all of the things we're doing to solve the imaginary problem make people LESS likely to buy from us in the future!

You'll want to re-read that and let it sink in…

” …the righter you do the wrong things, the wronger you become.” — Dr. Russell Ackoff

Fortunately, the solution is available to all of us, and all it takes is a slight shift in our thinking.

We need to challenge conventional wisdom, and we can take inspiration from Barry Marshall, James Allison, and Kati Kariko.

Prior to Barry Marshall's work, the medical community believed that peptic ulcers and many types of stomach cancer were caused by spicy foods, stress, and overproduction of stomach acid.

Marshall showed that decades of conventional wisdom was wrong, eventually receiving a Nobel Prize in 2005 for his discovery of the bacterium H. Pylori's role in causing peptic ulcers.

Despite decades of criticism from his peers, Barry Marshall revolutionized ulcer treatment. He had been right all along.

James Allison was inspired by his eighth-grade math teacher to pursue a degree in science. He worked in a research laboratory during the summer of his junior year in high school, and later took a course in immunology.

Allison “shook off immunotherapy naysayers and made believers out of everyone when he figured out how to turn the immune system against tumors.” He was awarded a Nobel Prize in 2018 — the first prize given for cancer therapy in 28 years.

In the process, Allison invented an entirely new form of cancer treatment that has helped save hundreds of thousands of lives.

“…for many years her career at the University of Pennsylvania was fragile. She migrated from lab to lab, relying on one senior scientist after another to take her in. She never made more than $60,000 a year.”

Dr. Kariko's ideas were “against the conventional wisdom,” according to David Langer, a neurosurgeon colleague quoted by the New York Times.

Leading journals rejected her work. When it was finally published, it received little attention.

And then, the world fell apart.

On December 18, 2020, Kati Kariko and her colleague, Dr. Drew Weissman, were vaccinated against Covid-19 at the University of Pennsylvania…

“A senior administrator told the doctors and nurses rolling up their sleeves for shots that the scientists whose research made the vaccine possible were present, and they all clapped. Dr. Kariko wept.” 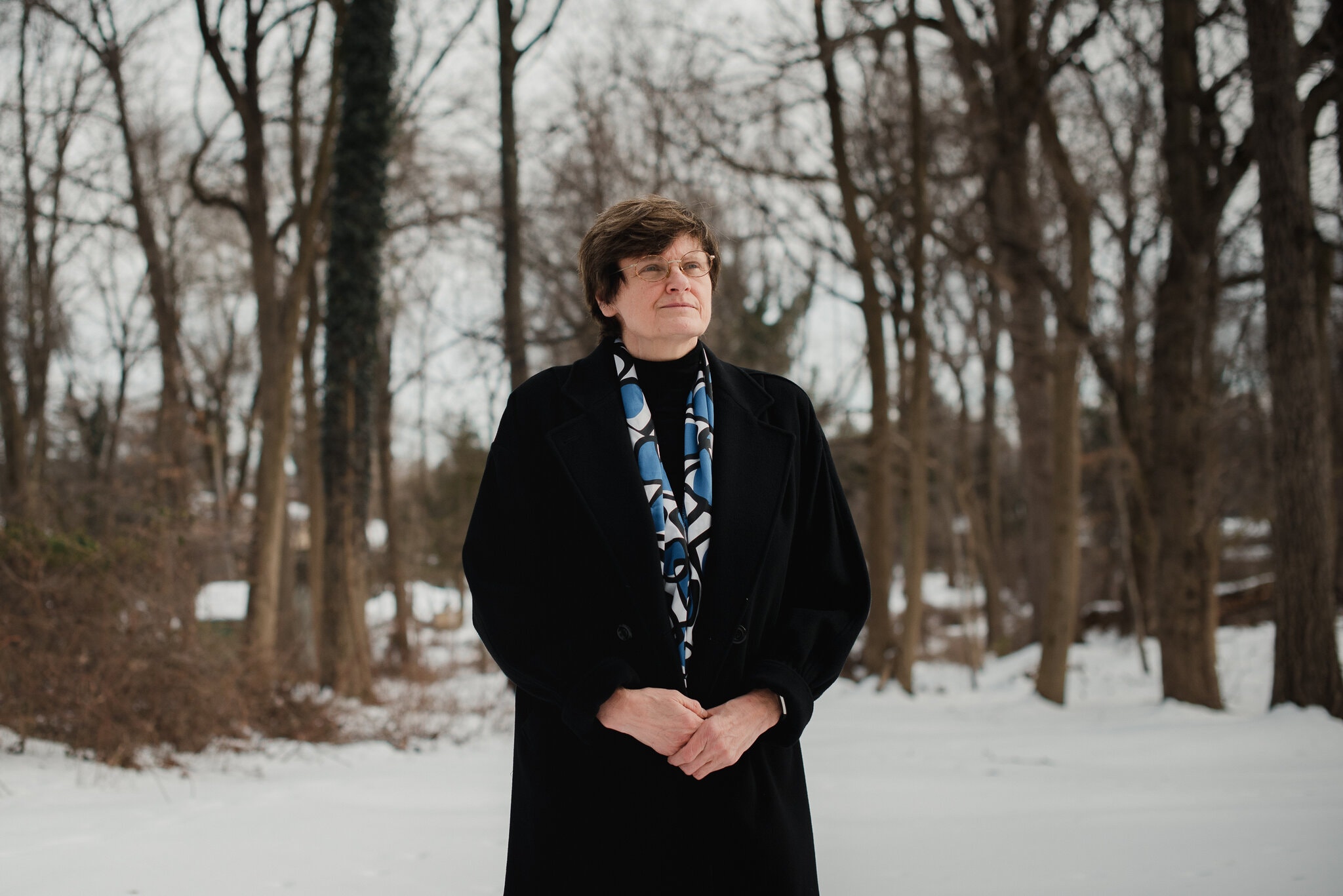 Katalin Kariko at her home in Jenkintown, Pa., in February. Dr. Kariko's early research into mRNA eventually led to development of the Moderna and Pfizer-BioNTech vaccines.

Barry Marshall, James Allison, and Kati Kariko looked at the world differently than their colleagues. Their upstream observations led them to profoundly different downstream conclusions.

That same power is available to each and every one of us.

When we recognize that the overwhelming majority of people who choose to enter our world are unlikely to become customers quickly, an entirely new realm of possibility opens.

Instead of rushing to make a sale that's unlikely to happen (and almost certainly undermining future sales along the way), we can focus on relationships before transactions.

The seemingly simple decision changes EVERYTHING that follows.

Emphasizing relationships with our audience instead of transactions frees up our time and energy to:

First, it's a LOT more fun and energizing to engage with audiences following the Golden Rule — “Do unto others as you'd have them do unto you.”

In the Art of Email we call this principle “people, not metrics,” recognizing that every name on your list is a real person with real problems to solve and desires to fulfill.

Third, when you focus on building and improving relationships (and other principles taught in the Art of Email), you'll quickly learn that it's much easier (and far more powerful) when transactions emerge organically vs. trying to engineer sales deliberately.

But … the Art of Email is not for everyone. Full disclosure: it's probably not for most people.

AoE requires mindset and behavioral shifts most marketers are unwilling to make.

If that's you, no worries. We get it — conventional wisdom is powerful (and it's a helluva lot easier than choosing to zig when the rest of the world zags). We're all friends here and we have lots of free resources you may find useful.

No hard feelings — we promise.

If, however, you're like us … a little (OK, a lot) weird, and willing to try something different to get far better results, then welcome to the tribe.

We've been waiting for you…

The Art of Email Course Outline

Enroll in Art of Email »

If you have a question we haven't answered, please reach out.