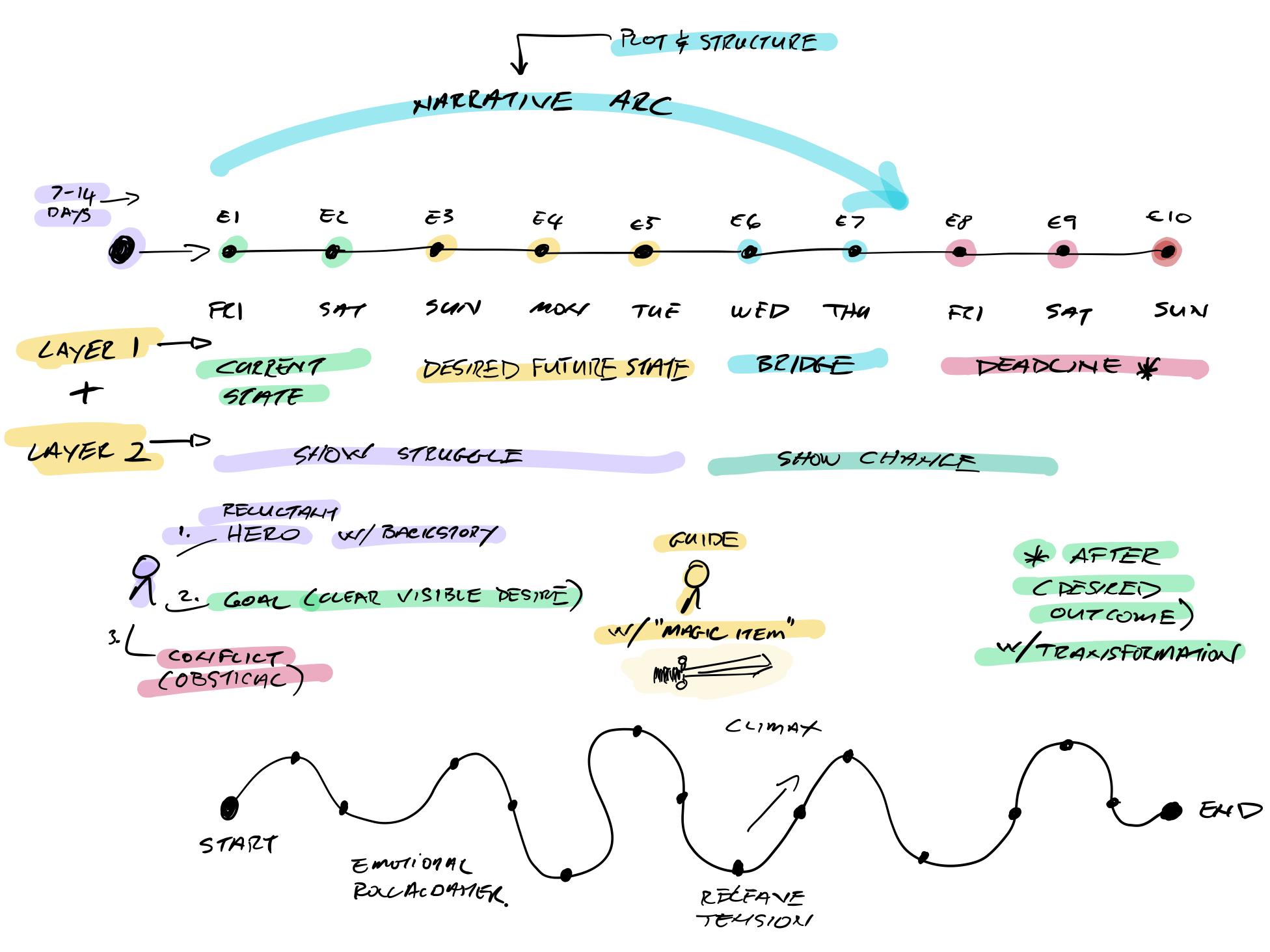 I’ve been working on (and thinking about) the update to ARM since 2017. It’s been a real labor of love, fraught with false starts and dead ends.

Truth is, ARM4 isn’t just an update to ARM3 — it’s a complete rewrite, starting from scratch (the dreaded blank page). Although my email marketing system is mostly unchanged, how I think about email, and marketing in general, has evolved, and it has been a challenge to codify this into words.

Just when I feel I have made progress, I delete everything. I either hate what I’ve written, or I have a sense of dissonance (read: The Princess and the Pea) to the point I know I need to pull the pin and start over (again!).

I’ve done this many times in the past two-plus years.

I think a big part of never getting close to the finish line is fear. Fear that the course will not live up to the (probably impossible) standard I have set.

The other problem I’m wrestling with is the depth and nuance I want to unpack, almost as if this was my opus, but I know this thinking is not productive and is holding me back from finishing and shipping ARM4.

As I write this (end of January 2020), a result of much reflection, I feel I’m back on track and have a clearer idea of what ARM4 will look like in a few months.

The question I get asked weekly: what is the ETA for ARM4?

The short answer isn’t very helpful — when it’s ready. That said, I suspect the finish line will be sooner rather than later.

I don’t have an ETA other that it’ll probably be in a few months. I know this isn’t very helpful. I’m not shooting for perfection; god knows that’s a fool’s errand. But I won’t release ARM4 until I’m happy with the result.

I truly appreciate your patience. It’ll be worth the wait.