The Secret of Secrets (Day 1)… 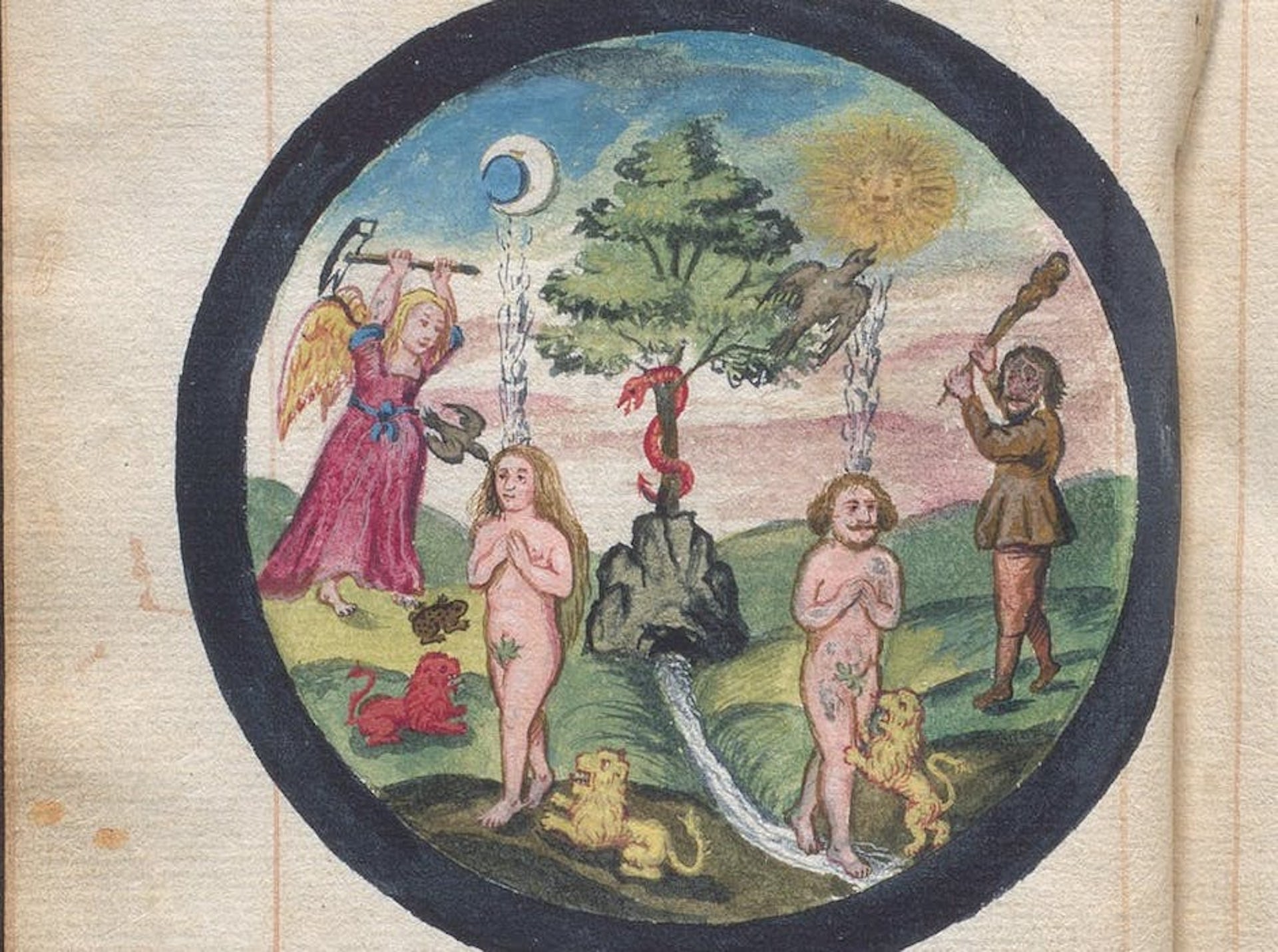 We’re going to start our journey this week with a question — how long is your most important password?

In the modern world, we have passwords for everything.

Communication, apps, access to devices, and perhaps most importantly, our financial accounts.

And it’s probably safe to assume that the more important the information you’re protecting, the more sophisticated the password, right?

Prior to the computer revolution, sensitive information was encrypted with ciphers — words or phrases that unlocked the hidden meaning of a text.

Four-hundred years ago, father and son John and Arthur Dee spent their lives working on something so important they protected it with a 45-character cipher.

Think about that for a moment — 45 characters — that’s the modern equivalent of CIA, NSA, and MI6-level protection.

What was so important that it required 45-character encryption?

Arca Arcanorum — the Secret of Secrets.

According to the Dees’ manuscript, the encrypted text promised an “… elixir by whose benevolence all the misery of poverty is put to flight and those who suffer from any illness will be restored to health.”

Piles of money and immortality — that sounds pretty good to us!

No wonder father and son put so much effort into protecting it.

If only we knew what it said…

Fortunately, we don’t have to wonder.

The 45-digit cipher that unlocked the Secret of Secrets — hidden in plain site within the same manuscript — was the Latin phrase sic alter iason aurea felici portabis uellera colcho.

If your Latin is as good as ours, you’ll appreciate the translation: “like a new Jason you will carry the Golden Fleece away from the lucky Colchian.”

What happened next? It’s weirder than you think…

John and Arthur Dee weren’t the only people searching for the Secret of Secrets.

None other than English mathematician, physicist, astronomer — and arguably one of the greatest geniuses ever — Sir Isaac Newton, devoted more than a million words in his notebooks in his lifelong search for the same secret. 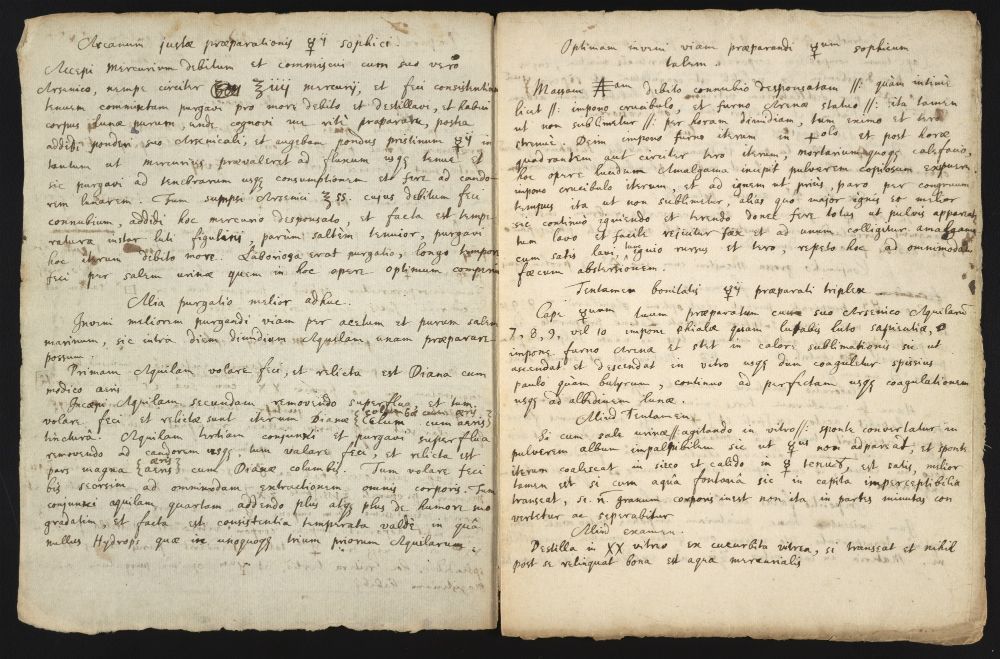 To put that in perspective, all of the books in the Harry Potter series total 1,084,170 words.

What were the Dees, Newton, and countless others looking for?

What so captured Newton’s imagination that he wrote the equivalent of seven novels about it?

Each believed he had found the Philosophers’ Stone, also called the “elixir of life” — a mythic alchemical substance used to turn base metals into gold, improve health, and achieve immortality.

It’s no wonder that the term Magnum Opus — which means Great Work — is a reference to a life spent devoted to alchemy.

Now, before we go any further, and in case there are any lawyers reading this email, we want to be very clear that we haven’t discovered the Philosophers’ Stone.

But, if you’ll give us some latitude with the metaphor, we have figured out how to turn “lead into gold.”

In fact, we’ve been doing it for decades.

Tomorrow, André is going to share (some of) how he does it. Shawn will follow on Wednesday.

And on Thursday, we’ll give you a behind-the-scenes view of how we combine our individual creativity into collaborative alchemy.

Or, as we like to call it, Ideas to Assets.

Our Secret of Secrets.

Once you know how to do that — consistently, predictably, dependably — you will have discovered your own Philosophers’ Stone.

Pushing the boundaries of creativity is our Magnum Opus — the great work of our lives. We can’t wait to share it with you within Ideas to Assets.

One last thing before we wrap up today’s email (this is the weird thing we mentioned earlier) — the instructions in the Dees’ deciphered manuscript have been reproduced in a modern laboratory.

(That isn’t as strange as it sounds — alchemy, also called chymistry, is the precursor to modern chemistry.)

Occasionally, despite many of the instructions being vague, a blood-red glass has been created as a result.

According to legend, the Philosophers’ Stone is — you guessed it — blood red. You can’t make this stuff up.

Credit where credit is due — today’s email was inspired by Deciphering the Philosophers’ Stone: How Scientists Cracked a 400-Year-Old Alchemical Cipher, by Richard Bean, Megan Piorko, and Sarah Lang.

Isaac Newton’s Recipe for Magical ‘Philosopher’s Stone’ Rediscovered, by Knvul Sheikh, is fascinating too (you can see actual pages from one of Sir Isaac Newton’s 17th century alchemy manuscripts describing some of his own experiments).

And, if you have access to a particle accelerator, you may find Fact or Fiction?: Lead Can Be Turned into Gold from Scientific American interesting. (Spoiler alert — it’s possible!)

If you’re like us and enjoy deep dives down interesting rabbit holes, pay close attention to this week’s emails.

We’ll show you how we follow our curiosity successfully, capturing interesting ideas along the way and making valuable connections between seemingly unrelated ideas.

And, if you pay very close attention, you may discover some Easter Eggs too.

In fact, there’s one in today’s email — hidden in plain sight just like the Dees’ cipher.