This manifesto unpacks why better prospects are made (not just acquired as per conventional marketing wisdom), and why this matters.

A short 3500 word practical masterclass on how to attract better prospects into your world and onto your email list.

SOI (Sphere of Influence) is for people:

If this resonates with you, read on. What I have will delight you and help you create deeper connections with your people and customers.

FROM SHAWN TWING ABOUT SOI:

I was fortunate to go through the beta version of Sphere of Influence after many years purchasing anything and everything that André has offered. Sphere of Influence sets the stage for everything else – it's an MBA + PhD education in creating an effective, customer-centric, value-driven business in the 21st century.

More importantly, Sphere of Influence is a way of seeing the world that'll forever change how you do business, for you and for your customers. André has created a masterpiece of deep strategic thinking combined with hard-hitting, practical, actionable advice.

Professionally, I've been on the front lines of the Internet marketing community's evolution over the last two decades and Sphere of Influence represents the new reality of doing business online.

The wild west days are over, replaced with an emphasis on delivering real, sustained value over time to a group of customers you care about.

There is no better guide for your journey into this new world than André Chaperon — year after year he has consistently walked his talk living and doing business by the same principles he teaches in Sphere of Influence.

Stop whatever you're doing right now and buy it. It's worth 1000x the price because the moment you embrace its principles you'll never be the same again. 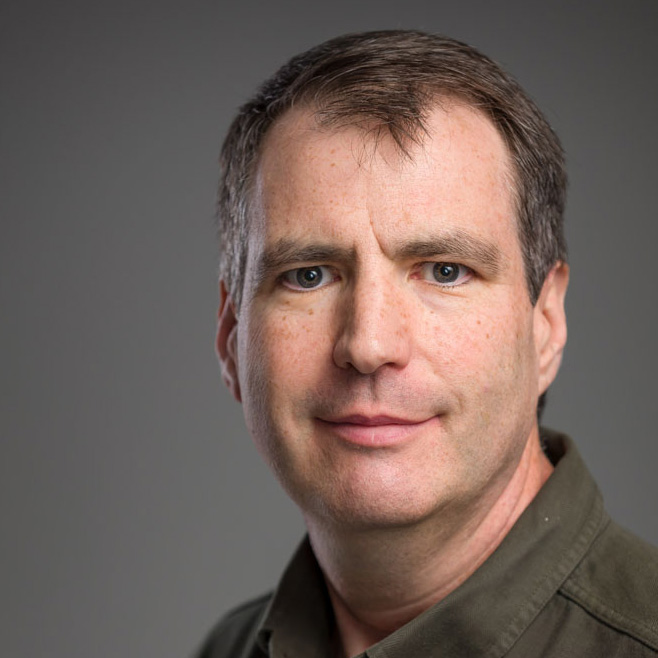 CONTEXT: Shawn has run somewhere north of $50 million in traffic over the years [AdWords and FB] for himself and his clients. Shawn created our paid traffic module in SOI.

Sphere of Influence (SOI) covers the entire “front-end” of the marking funnel (in a unique and different way).

By front-end, I mean everything that happens leading up to someone adding themselves to your email list or taking a desired action.

(In some cases, that “action” could be making a purchase, registering for a webinar, filling out an application; whatever.)

Example (at a high-level):

(As an aside: The traffic modules in SOI teaches how to do all of this.)

The dynamic (PULLING vs. PUSHING) changes how people see and respond to you. The former is a person whose attention you have and control, the later being your typical distracted attention deprived “goldfish” prospect.

There is more to SOI than this high-level, of course. The nuances is where all the leverage is; the between the lines stuff. Once you know the basics, the breakthroughs come in the nuances.

Instead of creating content for “everyone” to snack on, we filter out everyone and create DEPTH and NUANCE for just “a few people” who care to be PULLED in deeper.

This is the essence of what SOI is about.

SOI will teach you how to be a better marketer.

Marketing that won't become “stale” because what you'll learn is not based on shortcuts, hacks, loopholes, or some flavor-of-the-month tactic.

SOI isn't about product launches. It's not about engineering promotions. Not directly, anyway.

Rather: You'll learn how to create empathy-led marketing that connects emotionally with the people you seek to serve.

You'll learn how to move people from prospect to customer because you've demonstrated you understand their problem, and have a solution they care about and want.

When you do this well, “selling” becomes superfluous. It's a thing of beauty when you create an asset that behaves like this.

You'll learn how to create human-to-human marketing that matters to just the few people you seek to serve.

If this resonates with you, the method I've codified into SOI will blow your mind. It'll reframe marketing for you. And, I have no doubt, will change the game for you.

You owe it to yourself, and the people you seek to serve, to become a better marketer, and SOI will show you how.

If you have an enrollment question, use the comments below. There's been a lot of questions since our summer enrollment, so take read first.

If you're still on the fence, below is a small sample of (unsolicited) responses I've had from customers about SOI.

Would love to display yours soon. Just saying. {grin}

Jack Born, founder and CEO of Deadline Funnel about SOI 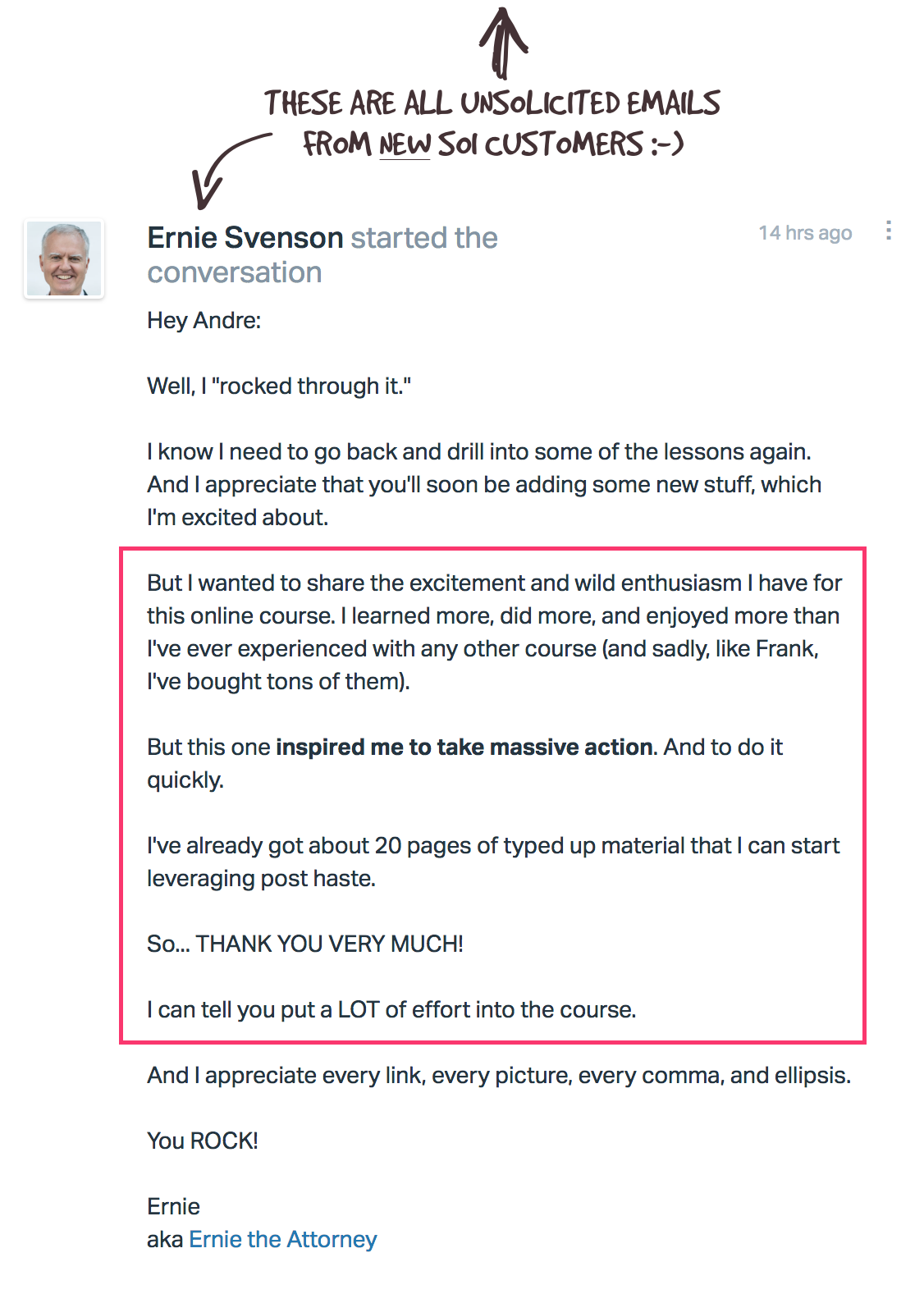 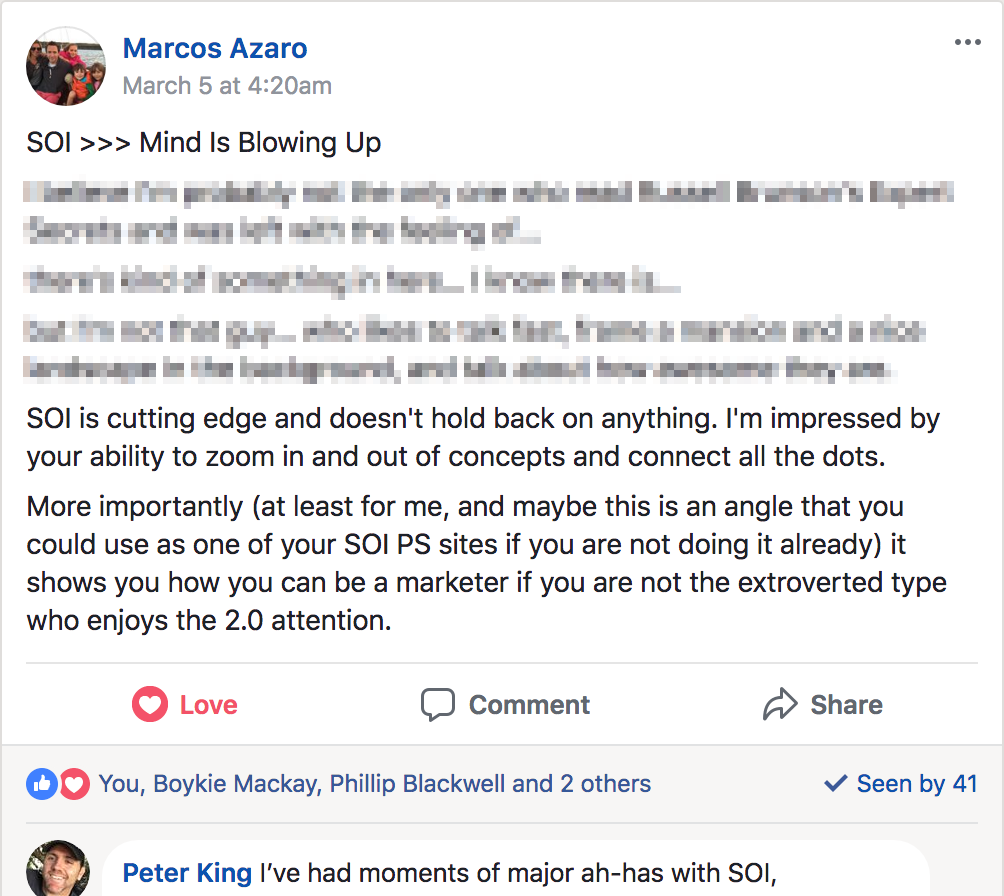 Back in early 2016, I decided to start the complicated process of “codifying” Sphere of Influence.

As you now know, it's the process (method) I use to attract people into my fold, rapidly bond with them, and then turn them into SUPER-FANS (meaning they buy everything I put out).

Well, I shared that initial “brain dump” with some of the members of our 1% CLUB (a private community we used to lead):

This is what they said:

This was incredible! It brings together so many things that I have been thinking about recently. I have so much to say and so much feedback, but I will let it sink in, a little, before I post it.

Having said that, here is my single biggest take-away from it all…

You know when Kevin Spacey playing Verbal Kent in The Usual Suspect says the amazing line:

Well, after going through this I would say it this way… “The greatest achievement the best marketer ever did was letting the reader believe marketing didn't exist”

Thank you for this course Andre. I really appreciate and will use it build awesome things.

Andre, hats off to you. SOI is to launches what ARM was (still is) to those big dinosaur guru email lists — that unpredictable comet that comes out of nowhere and resets everything.

Anyone who's done their own launch or worked on a client launch can tell you it's like arm wrestling the love child of Dwayne ‘The Rock' Johnson and a giant squid. It's not going to be pretty and it's near impossible to get that big win.

SOI changes the game! Low customer pressure (that's a game changer by itself), automatic lead nurturing, belief chain management and ultimately framing the product as the only solution to the prospects issue!

Those who roll this out will quietly and surely start to dominate their market (and I've got three in the build stages already).

It's all about the long-game for me now.

(… perhaps I should have started with a BOW!)

Phew, just been over the whole sequence once again and I'm blown.

There are so many fireworks going off in my head I don't even know where to start. Will re-look at the whole thing again later this evening and see about adjusting my 12WY plan.

This is an amazing piece of writing and hugely helpful, thanks Andre!

I've been hungry for you to teach this and your explanation of it, especially in Part 2 was incredible.

In the 3 years since I niched myself down into providing IM services (ranking, conversion, lead gen) to roofers, I've been thinking about the Frank vs Matt example and fleshing out the characteristics of each.

Now I'm already seeing how the story will unfold and where I'll insert it into the story for the launch of my new community for roofing contractors. An incredible Christmas gift. Thank you!

You're very generous to give away this wealth of information. It's invaluable.

I'm not sure if this is intentional, but the most impressive part to me, however, and it's VERY IMPRESSIVE, is that…

This is by far your best pre-sale site.

Almost every product (plus an affiliate product) is included. Either through Invisible Influence or through your other PS sites that you link to within the training.

Absolute brilliance. It's like a lesson within a lesson.

You are the Master!

Wishing you and Anita a fantastic weekend.