Thanks to everyone who replied to that email — we appreciate the comments and feedback.

Writing seems to have struck a chord with many of you, so this week we’re going to share two ideas that have dramatically improved our writing.

If you are attracting and engaging with an audience — or plan to — you’ll want to add these ideas to your writing skills toolkit.

We also have something special planned for next week — more info about that in the P.S. below.

Our mutual OCD appreciates alphabetical order, so André is up first, then Shawn…

There’s no sleight of hand that can change this reality.

But hard is also relative.

When a novice woodworker is faced with a seemingly simple project, the “blank page” effect can be overwhelming…

Ah, where do I start, what tools to use, how to effectively use those tools?!

Around thirty-three years ago, this (see image below) resulted from a woodworking project I did in high school.

I still have it, living pride and placed atop an Ikea bookshelf in my office (the irony isn’t lost on me). 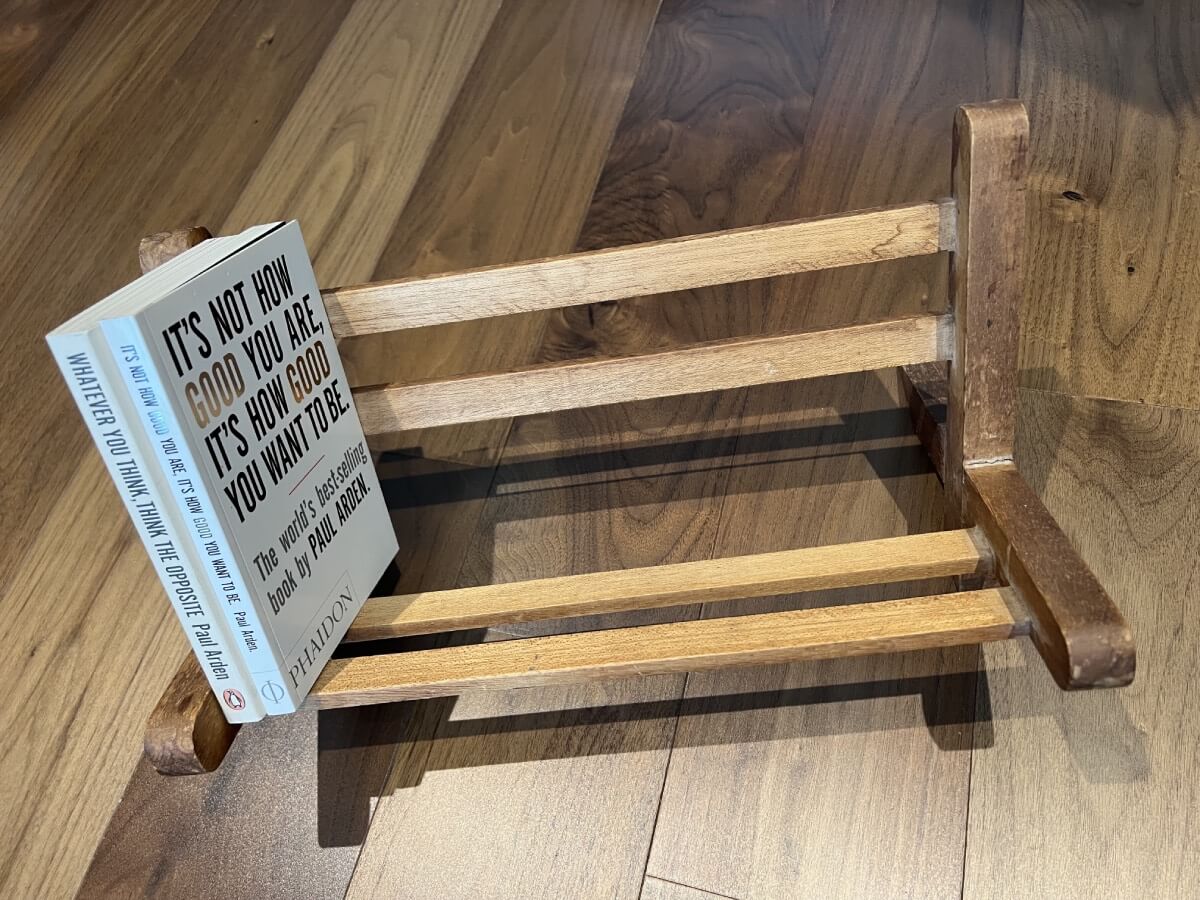 I moved it to the floor for the photo shoot.

While it was a proud moment, it’s no masterpiece, not by a million miles. But it was the best I could create at the time with the limited skills “toolkit” I had, a win I happily took.

Shawn, in contrast, has developed his woodworking to a level of a craftsman, and while he may be too humble to consider himself a master woodworker, he’s up there.

While I suspect woodworking is still hard work for him, his ability to think about different woods (butternut for the cabinet below), the best tools to use for each, and the most appropriate joints to use allow him to create intricately beautiful pieces amateurs could never attempt. 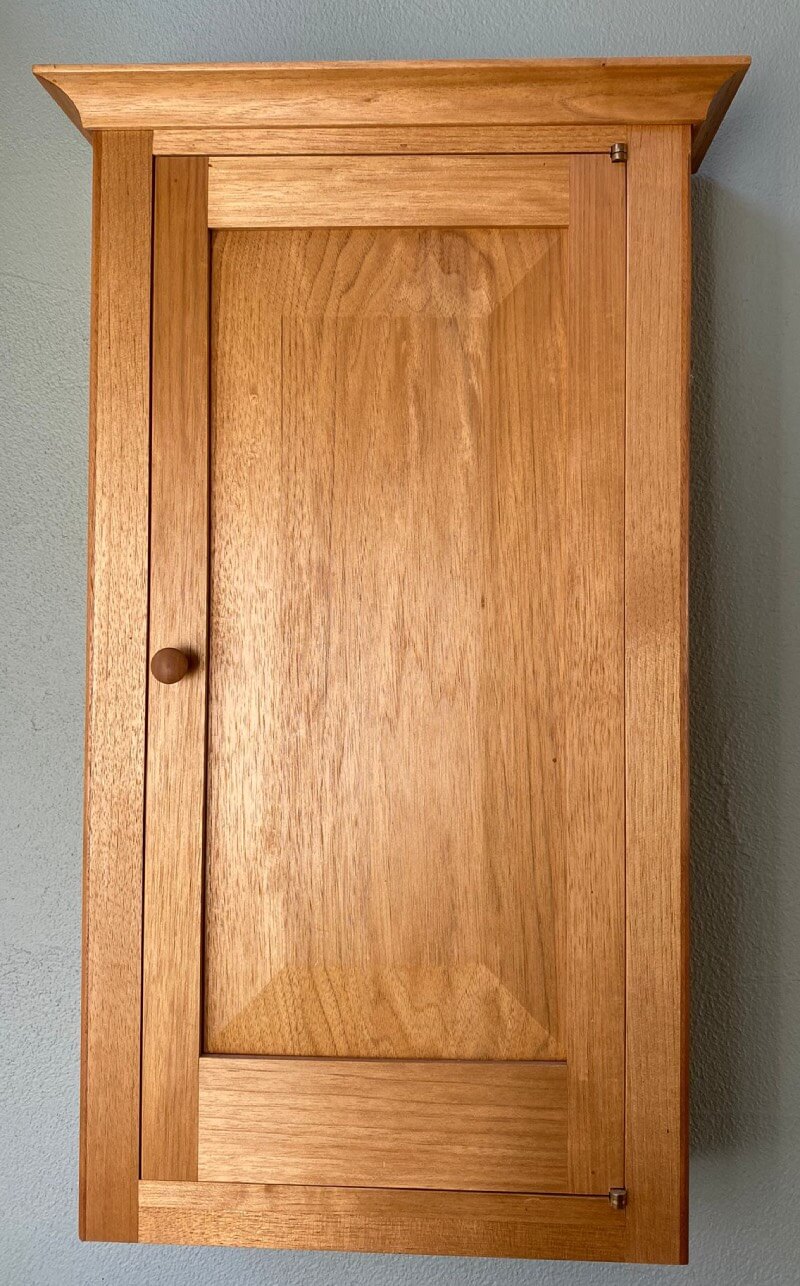 50-ish hours of work for Shawn.

Writing is the same.

As with woodworking, writing is a learnable skill that gets “easier” and faster as we add to our toolkit, expanding our cognitive tools which we can bring to bear.

There is a world of difference between Stephen King or Michael Lewis staring down the barrel of a blank page and everyone else.

One of the most effective writing devices we use from our toolkit is context and framing.

The context in which we deliver information shapes how you perceive the information, pulling you forward by an invisible engine we’ve engineered.

When we use context and framing in our writing, we engage you more deeply, influencing your desire for a thing not yet revealed, subject to a feeling of inevitability, and the emotional response the experience elicits.

We used the framing of turning lead into gold for our Ideas to Assets promotion in 2021, told from the perspective of the true story of the Philosophers’ Stone (the ‘elixir of life’).

With the frame established, we transitioned into contrasting the concept of lead into gold to turning ideas into assets, our digital equivalent.

As demonstrated above, comparing and contrasting is another powerful way of framing.

Context we control in service of the narrative arc that will follow.

Pair these devices with the one Shawn is revealing next to expand your writing toolkit, upgrading your ability to move from ‘blank page’ to words that can predictably move hearts and minds in your direction.

Or lead into gold.

(If you were paying attention, you would have noticed a meta lesson.)

Good writing, to me, conveys a sense of surprise and inevitability to the reader. “No way!” and “of course …” emerge almost simultaneously.

(The moment Darth Vader said “I am your father” to Luke Skywalker is a great example.)

For marketing purposes, inevitability is a particularly powerful emotion.

“Of course … that’s exactly what I need …” Is the feeling you want an ideal prospect to have the moment the offer is revealed.

Or “I’ve never thought of it that way … that makes so much sense …” right before the opt in.

To reverse-engineer that feeling of inevitability for the reader, I use an idea I learned from Robert Fritz: structural tension.

In simple terms, tension is created between point A — where your audience is right now — and point B — where they’d like to be at some point in the future.

As writers, we create that tension in advance and use it to pull the reader forward.

Every time I sit down to write, I imagine the reader’s journey. Where is s/he right now? Where does s/he want to be?

Then, I add details — needs, desires, fears, concerns, and other emotions — to imagine point A and point B.

Perhaps the reader is interested in learning a particular skill to make more money, but s/he doesn’t even know where to start.

That’s a journey from confusion to clarity. My role as a writer is to bridge that gap in whatever space I have.

For example, let’s assume I’m writing a three-email series to explain something of interest to the reader.

Knowing where the reader is right now (point A), and where I’m taking her (point B), helps me write better (and faster) because I know where I’m going.

I can hint at what comes next by opening and closing loops.

I can create a through line that connects the dots for the reader.

And, most importantly, I can make and deliver on a promise to the reader that I’ve identified in advance. A promise that feels inevitable when revealed.

That promise is embodied in point B. Think of that as the destination. Knowing where I’m going in advance naturally creates positive tension in my writing.

The reader feels like s/he’s going somewhere because I, as the writer, know where I’m going!

Next time you write, take a few minutes to sketch the arc from point A to point B. Where is your reader when s/he starts the journey? Where should s/he like to be at the end? What happens in between?

When you know where your reader is and where s/he’d like to be, you can use the two most powerful words in a writer’s toolbox: what’s next?

I know this seems simple but trust me — structural tension can make your writing better immediately.

(If you’d like to dig deeper into the details, my conversation with Alex Cattoni is a good place to start.)

Keep the comments and feedback coming. We both read every email.