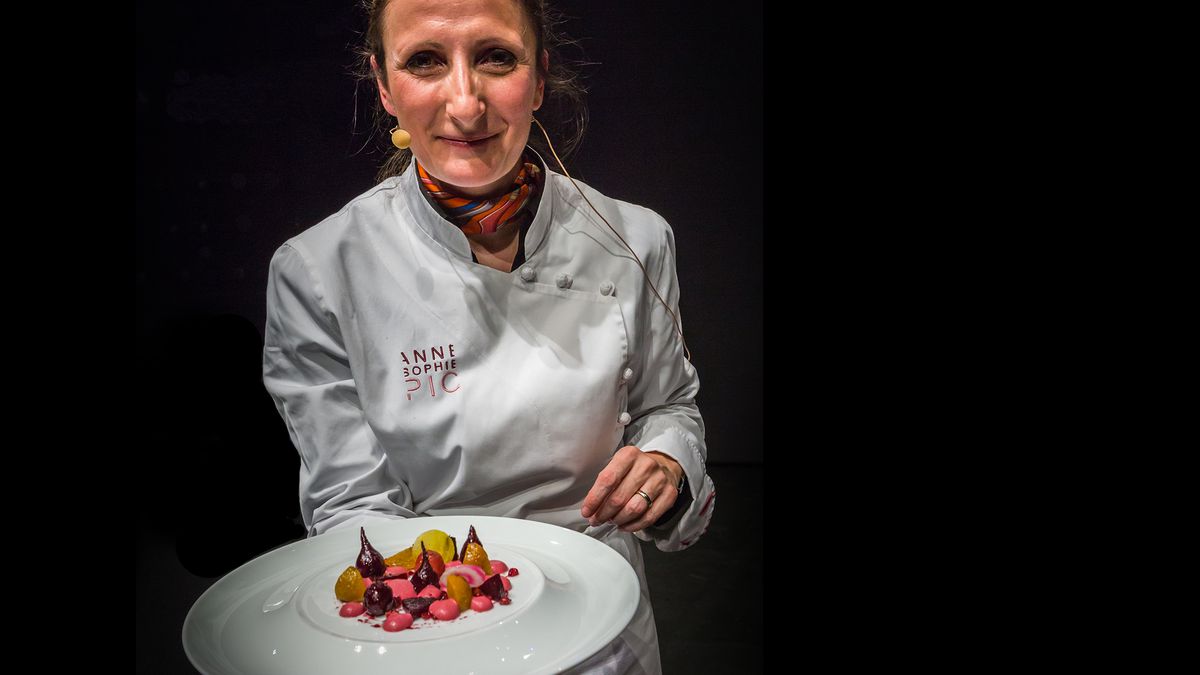 Anne-Sophie Pic grew up at her family’s restaurant, Maison Pic.

In 1992, aged 23, she returned to Maison Pic to train under her father, Jacques Pic, to become a chef. Sadly, he died three months later, and Anne-Sophie moved to work the front of house.

Three years later, Maison Pic lost its third Michelin star. Anne-Sophie felt she had lost “her father’s star,” and she returned to the kitchen like her father and grandfather before her…

There is a counterintuitive truth in business and marketing that is responsible for the type of customers we attract into our world.

Largely invisible, this truth remains forever a mystery to the broad majority of marketers and creative professionals.

But when we recognize this truth and understand its dynamics, the customers we attract into our businesses change — they begin to precisely match who we want to do business with.

We’ll explain by way of an analogy — chefs vs. cooks — then tie the idea back to our world and how it affects (and informs) how we attract our ideal customers.

When you go to a restaurant: there are two types of people who cook the food.

One type typically works in Michelin star establishments, like The Aviary in Chicago, Gordon Ramsay in London, the Mirazur in Menton, France.

“…when the customer is not just satisfied, but they’re ecstatic, dazed and confused by what they’ve just tasted. You don’t want people to talk; it’s not good enough. After they’ve eaten something you want them to be: ‘oh my god, what the fuck just happened?!’

Those types of dishes don’t come easily; they often have to be built up and torn down dozens and dozens of times, and even when there is a chance they won’t connect with the audience. But with that connection between the chef and the diner, gives the restaurant their vitality; this trust, this give and take.”

The chef understands the interactions between ingredients and flavors at such a deep first principles level; he or she can reassemble them into art… 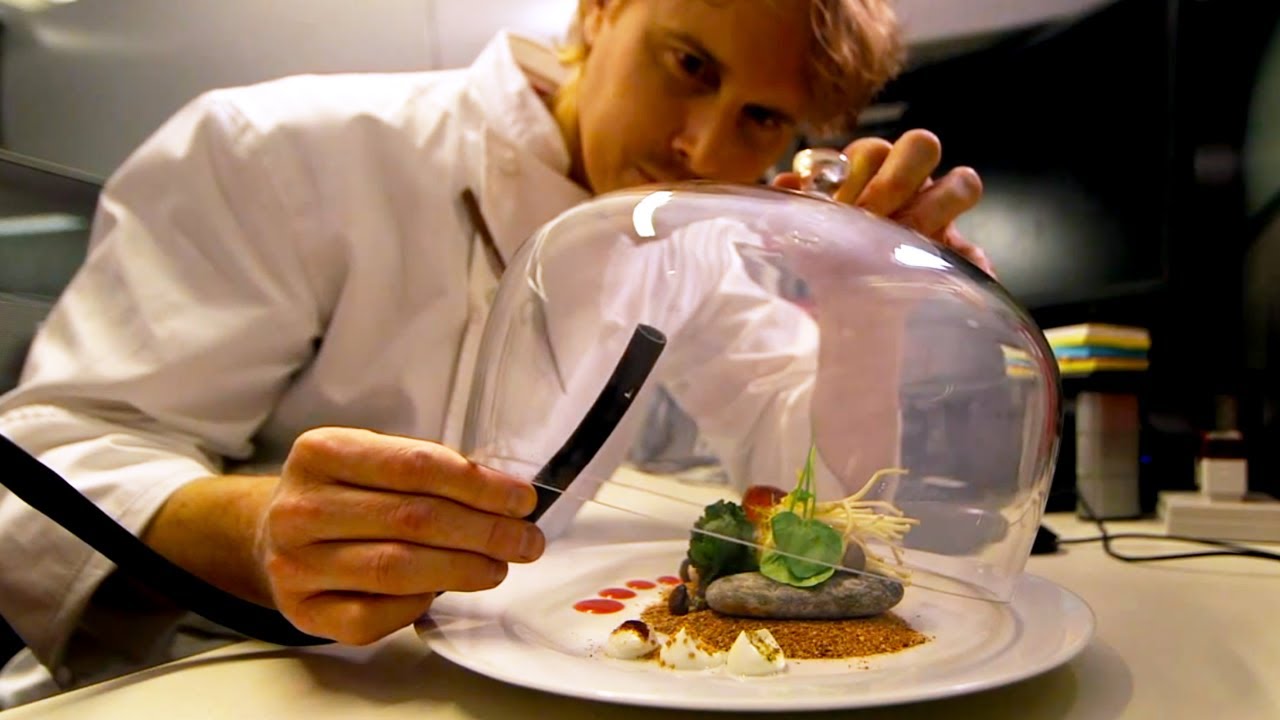 Food that tastes out of this world, a culinary experience that lodges in one’s permanent memory, that diners will book a year in advance to experience. Sometimes even longer in the case of elBulli in Catalonia, Spain, run by chef Ferran Adrià.

These creators are called chefs.

The other type is cooks. The difference between the two is vast.

The cook, in contrast, can only see the culinary world as recipes — creations and ideas from others. The cook starts and ends with a recipe, occasionally tweaking and fiddling from there.

The world needs both types of people.

Someone new, young, and hungry, seeking to (one day) become a Michelin star chef, perhaps open their own restaurant one day, doesn’t cut their teeth in a McDonald’s or a Chili’s Grill & Bar where recipes are already prescribed, no thinking required. Just follow the damn recipe; that’s the job.

Chefs-in-waiting start washing dishes in the restaurant they one day seek to emulate, watching their mentor operate, soaking up the experience like a sponge, tasting, asking questions, thinking deeply about why some ingredients sing together and others don’t, taking notes along the way.

To a person who sees themselves as a chef-in-waiting, they do it for the calling, a purpose that pulls and tugs at them, because they have a need to create world-class food one day and serve it to people who care about the experience.

Chefs don’t do it because it’s just a job.

Many marketers, sometimes without knowing it, are on a “cook’s journey” through their mindset and actions.

Other marketers — and there are a lot fewer of these — seek to be “chefs.” Their worldview, beliefs, and actions are very different to that of cook-marketers.

In business, the online marketing we do, the dynamic of cook and chef is similar (if not the same).

The cook-marketer seeks out “recipes” to copy or clone…

The tactical loopholes to game a platform until the door is shut. Then they seek the next hack and the cycle begins again.

Because why reinvent the wheel, right?

These recipes (the follow-my-system blueprints and templates) are traded like commodities in the never-ending calendar of product launches and affiliate promotions.

Every cook-marketer wants a piece of the action.

The FOMO is irresistible. Heroin straight to the veins.

Ask any cook-marketer how many recipes they have, and they’ll produce volumes and volumes of (mostly worthless) recipes, many of which were never followed, never looked at, as the next wave washes in.

Nothing wrong with this; nothing at all. Loved by millions of screaming kids on a sugar high the world over.

The chef-marketer, however, starts with principles — foundational truths that informs better decision-making. Chef-marketers pay attention to the ways ingredients combine, interact, from which extraordinary flavors and experiences emerge.

Chef-marketers don’t rely on recipes; they create their own in service of their systemic goal. They know they are playing the long-game on a journey that has no endpoint. Their goal isn’t to “win” against some imaginary competitor — it’s to keep playing the game, improving day by day over a lifetime. 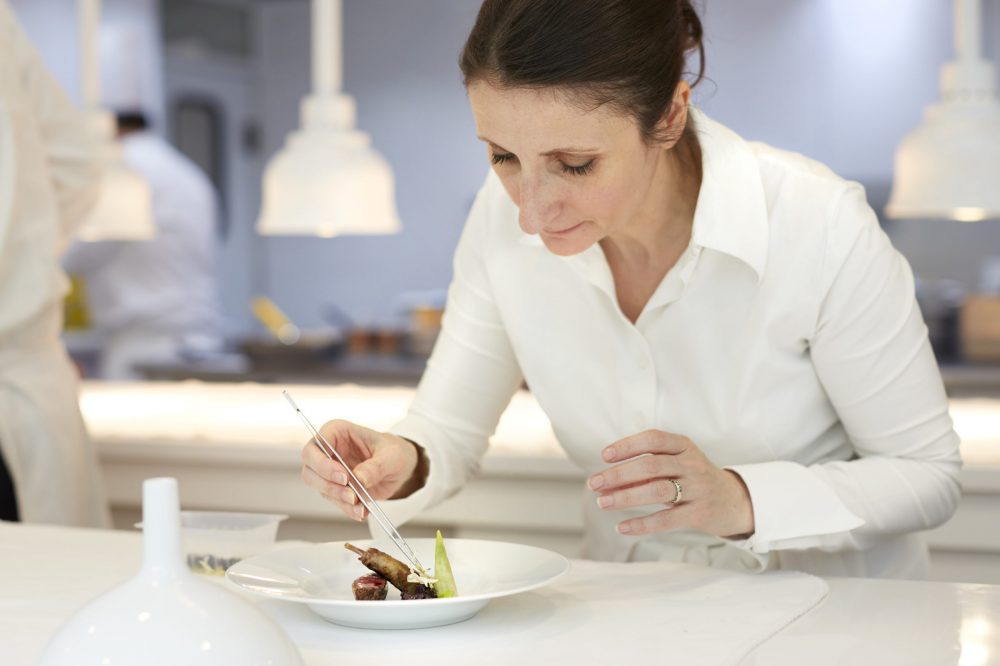 In 1997, Anne-Sophie Pic took control of Maison Pic. She had no formal training in cooking, but in 2007, she regained her father’s third Michelin star.

That was the fourth time that a female chef had achieved three Michelin stars. That same year, Pic was the only woman on French newspaper Le Figaro’s list of France’s top twenty richest chefs.

In 2011 Anne-Sophie was named the Best Female Chef by The World’s 50 Best Restaurants. Her customers queue up to pay $360 for a full food experience. Or $120 for lunch.

In 2021, in the middle of a global pandemic, 51-year-old Anne-Sophie Pic took the no. 1 spot on People With Money’s top 10 highest-paid chefs, with an estimated net worth of $245 million.

Who First, Then What & How

Thinking and behaving like a metaphorical “chef” is not for everyone. It is for the people who care about creating something meaningful for the people they serve.

The insight for both the cook and chef-marketer is the business they build attracts the type and quality of customer.

A Maison Pic customer will never dine in a Denny’s. Not in a million years. And the reverse is true too.

There is no right or wrong here, no better or worse. No judgment. Only that patrons will always choose to dine in restaurants that match the expectations and experiences they seek.

In the same way, people seeking solutions to significant problems or opportunities to fulfill meaningful desires will be drawn to businesses that meet their expectations.

And they’ll move on the instant they discover they’re in the wrong place.

Our customers — and yours — are no different.

Yet, every day we see Denny’s-style online businesses breaking their nuts to attract customers who are seeking fine-dining experiences run by chefs, not cooks.

… customers who are blind to Denny’s-style businesses.

The starting point is deciding who you want to serve. Who are the customers you choose to do business with? Define then with precision and clarity.

(The restaurant doesn’t come first — it emerges in service to the ideal customers you want to attract.) 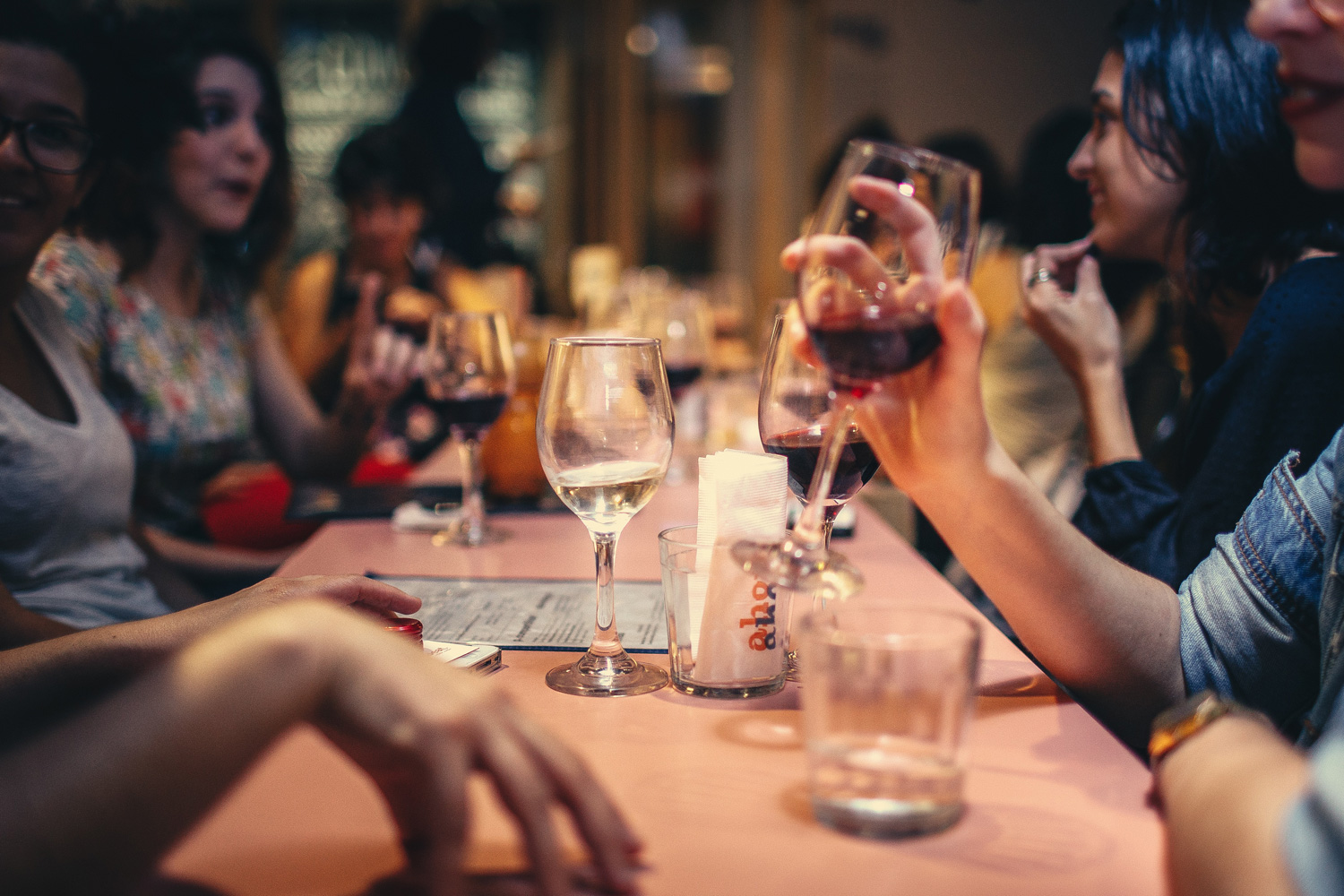 If you’re after an IHOP-style customer, build an IHOP clone. Then following IHOP-style recipes will prob’ly get you 80% there.

But don’t break your back trying to attract customers not seeking that experience.

If you seek to serve Gordon Ramsay-style customers, learn to think and behave like a marketer-chef from the get-go.

No secret backdoor you can buy your way through.

Tens of thousands of marketers have tried. Then years later they look back at the wreckage and wonder what went so wrong.

The shortcut is to get rich slowly.

It’s counterintuitive. But so much of marketing is (when you reorient to playing the infinite game of business).

Being a chef-marketer isn’t for most people.

Most marketers choose to be “cooks” (or unknowingly behave like cooks). The result is the same.

Because we started with knowing the type of customers we want to attract and do business with, we built (and are still building) our little TLB fine-dining “restaurant” here on the internet.

Internally: our avatar is named Chris, who represents a real superfan of ours. We think of Chris when we produce work for everyone we serve. We wrote this essay for Chris because we know that doing so will resonate with all our people who care about paying attention to us.

We serve the weirdos, the black sheep, creators, like Chris, who care about serving and mattering in a world of sameness and noise.

We created TinyLittleBusinesses for people who want to be “chefs.” The whole idea behind TLB is to empower chef-style marketers.

People who want to build something unique, a meaningful and durable business that serves the weird.

People who care about learning how to fish.

If you’ve read all the way to the end, there’s a pretty good chance that’s you.

Part II of Chefs vs. Cooks: Teach a Man to Fish, will be published Friday 25th of June.

Yes, in case you’re wondering, this concept of cooks and chefs can be mapped directly to Frank and Matt, our fictional characters who approach modern marking from two different perspectives. Frank is a metaphorical cook, Matt a chef.